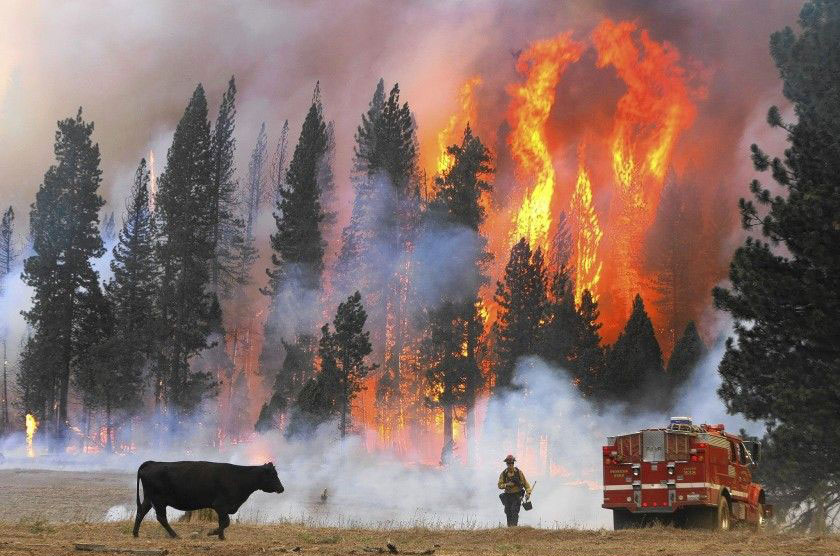 On August 17, 2013, a hunter’s illegal fire blazed out of control and started what would become the third largest forest fire in California history. In the end, a quickly mobilized Selby’s Soil Erosion Control and a fast-curing Bonded Fiber Matrix (BFM) from Profile Products would stabilize charred slopes and prevent potential debris flows from blocking the roadside of a well-traveled state highway.

The devastation of the Rim Fire, named after its location near the Stanislaus National Forest “Rim of the World” vista point, was staggering. Within two months, the fire burned more than 257,000 acres across 402 square miles of the national forest. More than 5,000 firefighters were dispatched to put out the fire, which did damage totaling more than $127 million.

Smoke from the massive fire caused unhealthy air conditions as far north as Lake Tahoe and Reno, Nevada, some 120 miles away. A State of Emergency for the City of San Francisco was declared, because fire damaged power infrastructure that served the Bay Area. Wildlife officials had to tend to displaced animals, and logging was needed along 52 square miles to remove roadside trees hazardous to public safety.

In particular, a 17-mile stretch of State Route 120 from Buck Meadows to the entrance of Yosemite National Park engulfed by the fire was in dire need of revegetation and erosion control. The decimated stretch of state highway was a critical thoroughfare, taking tourists to and from one of the most popular national parks in the country. But the integrity of that highway was now in question.