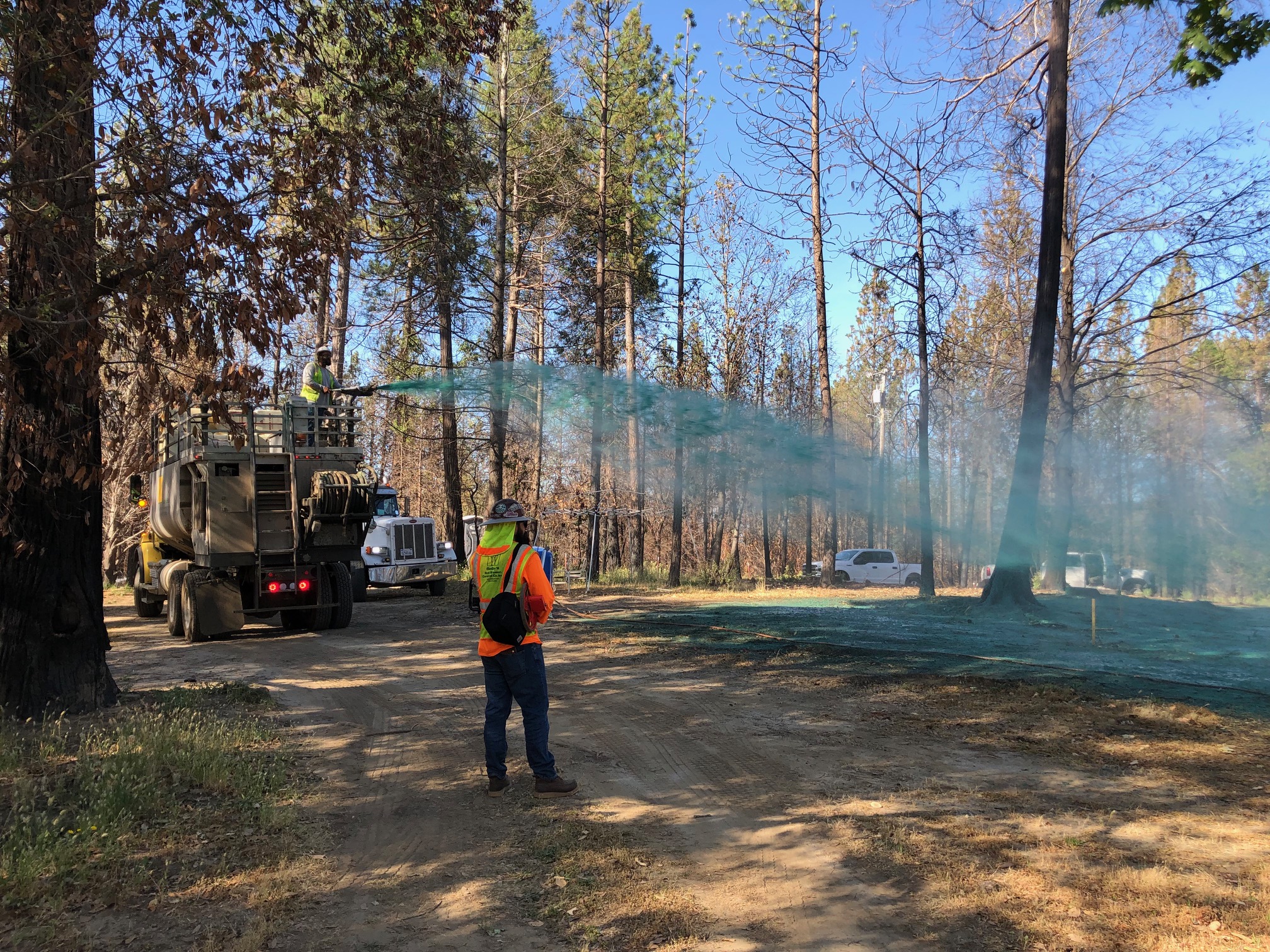 Throughout its 50 year history, Selby’s Soil Erosion Control in Newcastle, CA, has survived many national economic fluctuations. In 2007—on the cusp of a recession that drove many companies out of business—Selby’s work increased as wildfires surfaced with greater frequency and intensity, notes owner Jay Selby.

It started with an aerial hydromulching revegetation project following the Angora Fire. He gained national attention when “Dirty Jobs” host Mike Rowe filmed a segment with the company. Subsequent fires increasingly took the company to higher levels as it provided much-needed services.

The company provides an array of erosion control services with 60 to 80 employees, depending on the need, in an area extending from Bakersfield, CA, to the Oregon border and parts of Nevada. It has a fleet of 10 hydroseeding machines and related equipment. “In the past five years, California has had fire after fire,” notes Selby. “We’ve been involved in almost every one of them.”

His company also is involved in revegetation efforts following the 2017 near-rupture of the Oroville Dam spillway. The Santa Rosa fires happened later that year, leading to many erosion control projects conducted for the city and FEMA. Selby’s company also is involved in a project addressing sediment challenges to spawning salmon in the Sacramento River. “And then we had the Camp Fire,” says Selby of his company’s roadway stabilization efforts following the November 2018 blaze, California’s deadliest and most destructive wildfire, which claimed 85 lives and 18,421 structures, including his sister’s home, and burned 153,000 acres. The fire caused the evacuation of some of his employees from their own homes.

The company has served as a contractor for Caltrans, the California Department of Transportation, to help stabilize highways compromised by fire. Its growing client base also includes grading contractors and developers building to meet California’s housing demand.

Selby’s father started the company in 1968, stabilizing slopes in Los Angeles with five employees and a few hydroseeding machines. “He started this company to protect the environment before the government even realized we needed to,” says Selby of the company’s formation prior to the creation of the Environmental Protection Agency and the Clean Water Act. Raised in the industry, Selby liked to sit on the hydroseeding machines at age two. As his father neared retirement, Selby approached him for help to attend college, but his father instead suggested he join the company. A self-described “adrenaline junkie,” Selby spent his youth snowboarding and rock climbing, translating that passion for the outdoors into the company. At 23 years old, Selby became its president, ushering it through an era of increasingly tough regulations. Initially, he ran the company from his house and a rented equipment yard, eventually buying property for an office and yard and hiring employees who share his sense of competitiveness.