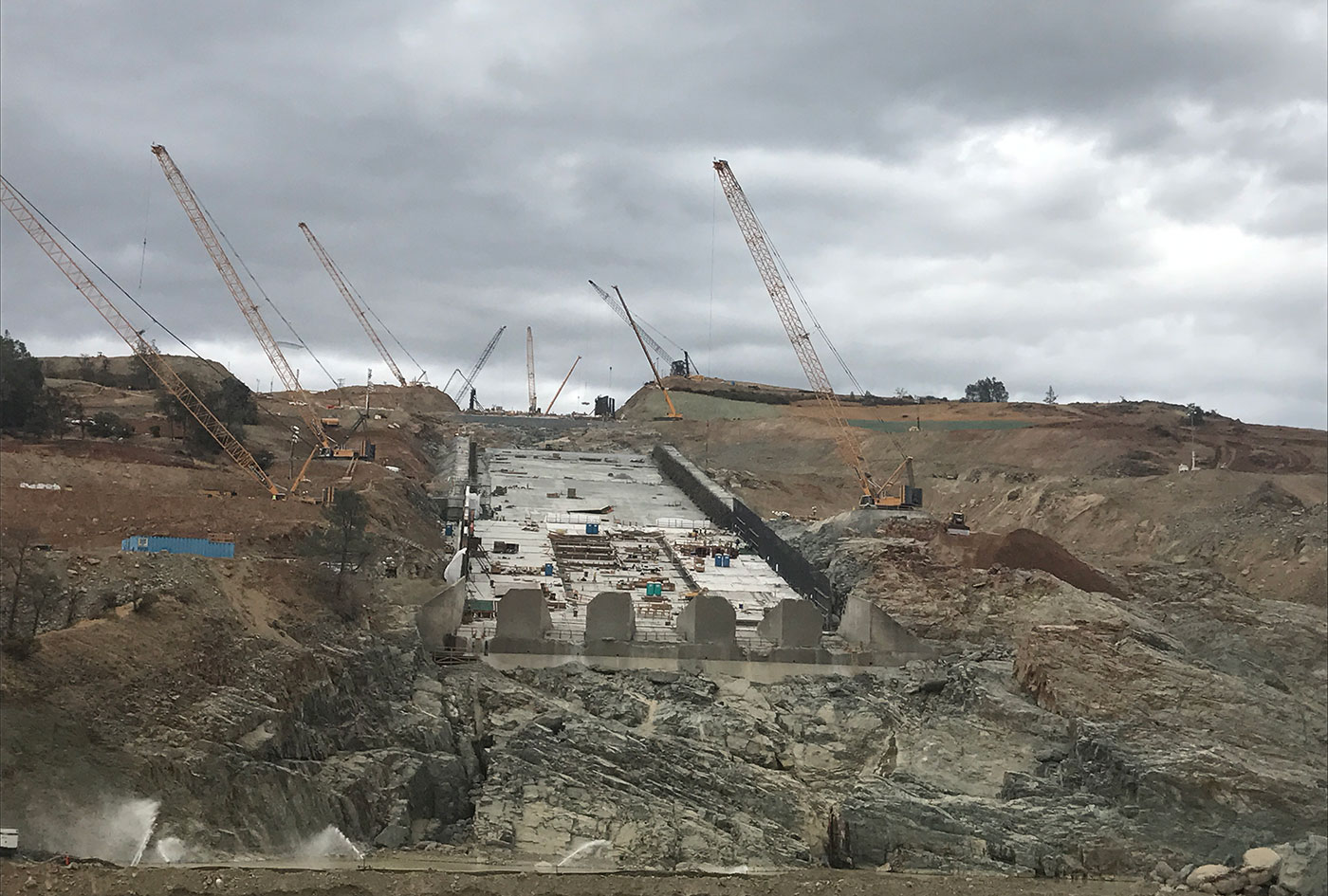 On Feb. 7, 2017, a 200-ft. pothole opened up in the main spillway of the Oroville Dam in northern California. With snowpack at 150 percent above normal in the Sierra mountains, and Lake Oroville still rising, officials reduced the amount of flow on the main spillway. On Feb. 12, as 188,000 residents downstream nervously watched on the news, water began tumbling over the never-before-used emergency spillway.

Water crested the 1,000-ft.-long emergency spillway and began carving a path down the dirt hillside, washing debris into the Feather River below. This created another dilemma. The dirt under the emergency barrier eroded faster than expected, and the integrity of the barrier was compromised. Officials evacuated residents downstream and increased the flow on the damaged main spillway.

The increased crater in the main spillway redirected the flow of water and created a separate channel to the right of the concrete structure, carving out even more dirt and debris. But it decreased the pressure just enough to allow officials to begin repairing the emergency spillway — a task that started in May of 2017 and is still ongoing.

With the clock ticking, and downstream residents waiting to return home, officials needed to repair the erosion and prevent further threat of collapse quickly and effectively. They just didn’t have the right equipment.

Jay Selby, of Selby Soil Erosion Control, did. Selby answered the emergency call and began re-seeding the slopes of the emergency spillway that night with his fleet of Apex hydroseed applicators. Selby helped control erosion on the hillside and the critical ground beneath the emergency spillway barrier. When it came time to repair the concrete main spillway, Selby got another call, this time to help stabilize the haul roads and pads that cranes needed to access the job site.