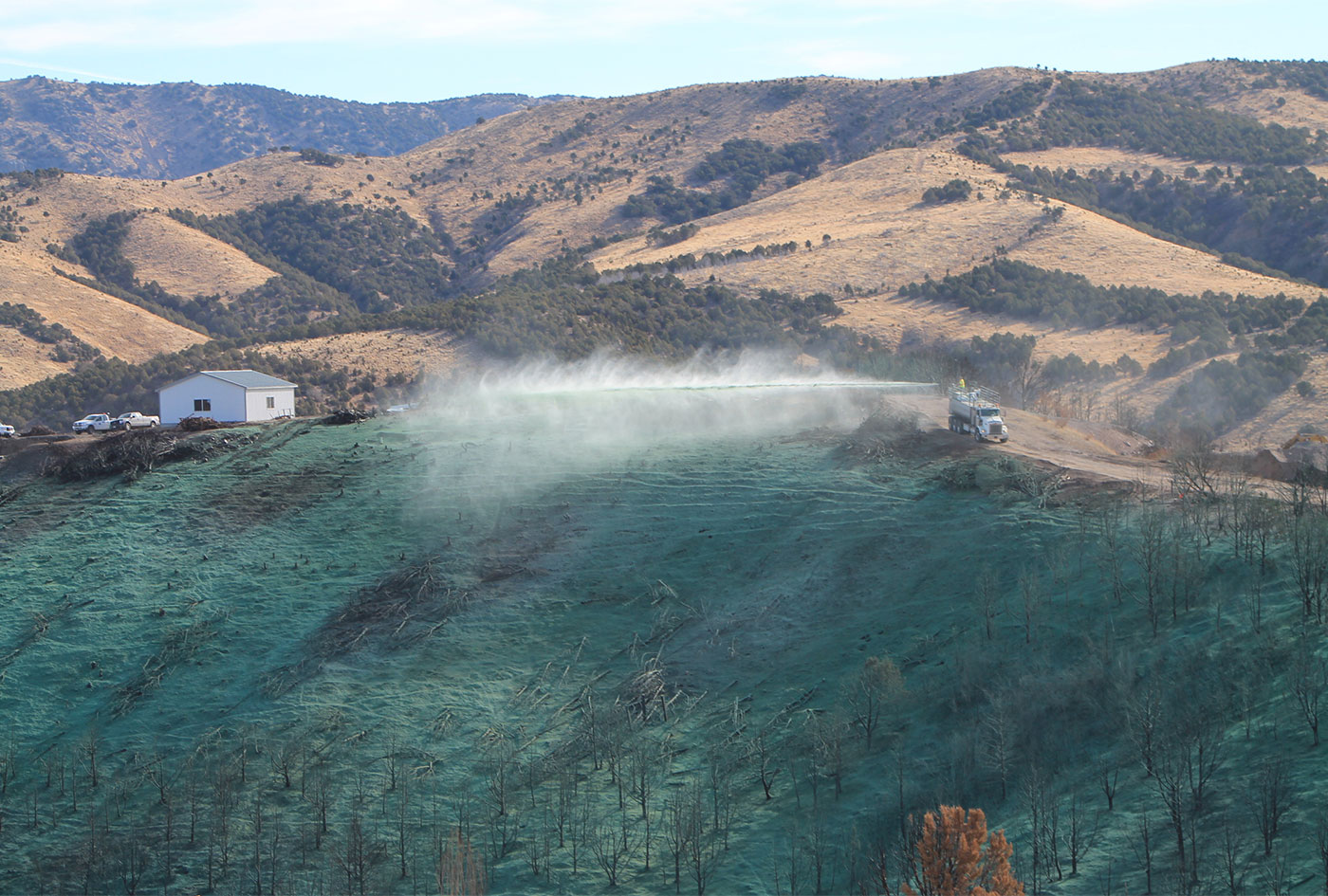 Selby’s Soil Erosion Control (now SSEC Inc.) of Newcastle, CA, and Apex Curb & Turf of Clarkston, WA, announced their intention to merge today. “This is a merger of two of the most proactive seeding companies in the western United States,” says Apex founder and President John Larson. “We’re looking at changing the scope of hydroseeding to a level of service that this territory has never experienced before — three to four times what either company could do alone. In an emergency situation, we can go in and do over a hundred acres in a couple of days.”

The two companies have collaborated often during the last 15 years, including post-fire restoration in wake of the devastating Charlotte Fire in south Pocatello. They’ve also designed seeding equipment together and partnered on a variety of other projects for government agencies and the private sector.

“Teaming up with John is going to be a real game-changer,” says Jay R. Selby, president of SSEC. “Our industry has never put two people this knowledgeable together before. The strength in numbers and the huge fleet we’ll be able to offer is exciting. We’re also excited to move north, look at new ventures and push the industry even farther.”

The combined company will be known as SSEC APEX Inc., and Apex founder John Larson will continue to have an active role in the company. In particular, Larson will be closely involved in spec writing, customer relations, and the design-build of new technologies. Larson is also the original creator of Apex hydroseeders and hydromulchers, as well as other industry-leading erosion control equipment and processes.

SSEC Inc. has provided erosion control services since 1968. prior to the merger, they operated in California and Nevada. Established in 1993, Apex Curb & Turf operated in Washington, Idaho, Montana, and North Dakota prior to merging with SSEC. All current offices of both companies will continue to serve their existing regions, adding new services in additional locations. A new office managed by Andy Rewinklewill be opened in Coeur d’Alene, ID, in March 2020.