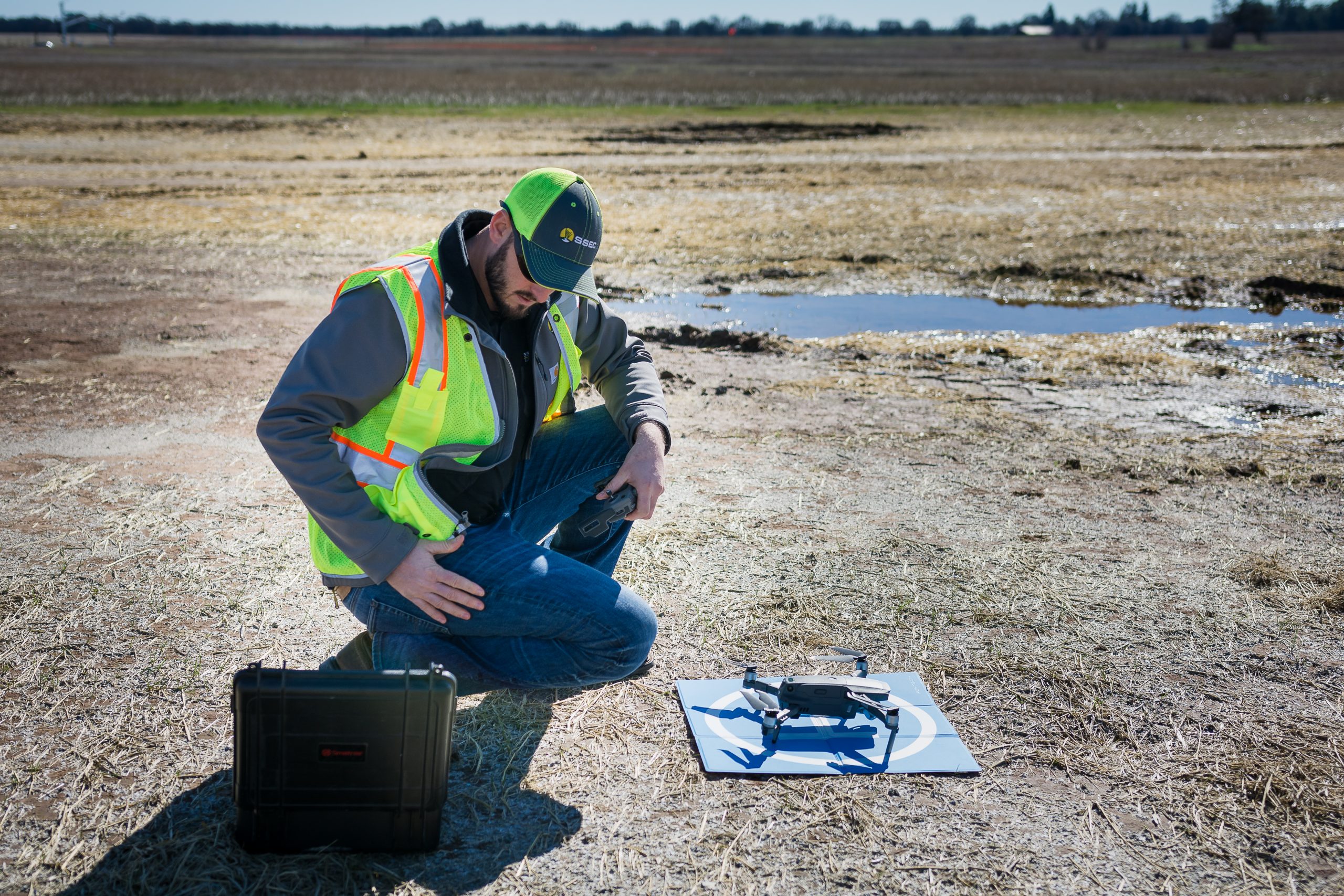 As seen in Informed Infrastructure Magazine July, 2021. Excerpts below:

“Wildfires have been impacting California for decades as far as forest-fire erosion control, but last year, Oregon got pretty devastated,” says Selby. “Parts of Idaho and Washington were devastated to a level they hadn’t seen before. A change in climate has changed weather patterns and created new natural disasters.”

Additionally, Selby notes there are many “poorly built dams and waterways structures as was seen at the Oroville Dam, where there was no rebar in the concrete” as an opportunity to rebuild dams, levees and other infrastructure for flooding. Selby also notes a lot of infrastructure work is set aside for Disadvantaged Business Enterprises such as those owned by women, disabled veterans and minorities.

Selby notes erosion-control projects increasingly desire “more of a natural, biodegradable approach.
Where you previously would use concrete mats, they’re switching over to geotextile or geosynthetic
products.” Many new geotextile products now are rated to last a lot longer than they were in the past, he adds.

Taking on more work means addressing the ongoing challenge of finding and retaining qualified employees. Selby brought in a professional trainer to develop an industry-specific manual and create a positive company culture. “The new batch of younger laborers are millennials, and they really do need to be heard,” says Selby. “If they’re complaining about legitimate issues inside the company, and management or owners are not doing anything about it, it creates a real bitterness throughout the whole company.” Selby says he pays higher wages to get employees who will represent them well in the field.

“Other states are following suit with California as far as certifying stormwater and erosion-control specialists,” explains Selby. “We’re seeing more awareness, regulation and enforcement in other states where it had been typically ignored.”

“In California, we have a QSP (Qualified SWPPP Stormwater Pollution Prevention Plan Practitioner) and QSD(Qualified SWPPP Developer) training,” notes Selby. “They’re starting off new training in Idaho and Washington,” adding that his employees attended the first class. Safety training such as OSHA-10 for construction and OSHA 40-hour HAZWOPER is important, notes Selby. HAZWOPER and Mine Safety and Health Administration (MSHA) are needed for erosion control for mining projects. “Those trainings are relevant to a lot of the utility districts like power companies,” he adds. “They have a Gold Shovel Standard. A lot of certifications your company has to qualify for are based on your safety record. Being a safe company is really important.”

Taking on new opportunities with trained crews is enhanced by top-notch equipment and technology. Selby weighs the purchase or rent decision according to the job. “A lot of companies do a rent-to-own package,” he adds. “Then you can make sure you have enough work to merit pulling the trigger on some of these big purchases.” Selby points out that Tier IV Final equipment is necessary for adhering to emissions standards. Tech companies for which he does work, such as Apple and Google, are requiring Tier IV equipment on the job, he says, adding “that’s only going to grow.” Bigger equipment offers more efficiency but may not work for every business model, Selby says,

Selby, for example, has increased his use of drones. “We’re able to not only measure jobsites more accurately from the air, but we can convert the files to usable site flood maps,” he explains. “You can identify slope gradients with landslide potential.” He points to his current project for the state of California in which he’s using drones to fly over state parks following wildfires to calculate debris flow that presents landslide possibilities. Debris can plug ravines and drains as well as go underneath roads or in streams and back up the water. Drones enable him to get an “educated model” of what the debris flows might look like after a 2-inch rain event, says Selby, enabling the state to devote resources to precise erosion control needs.