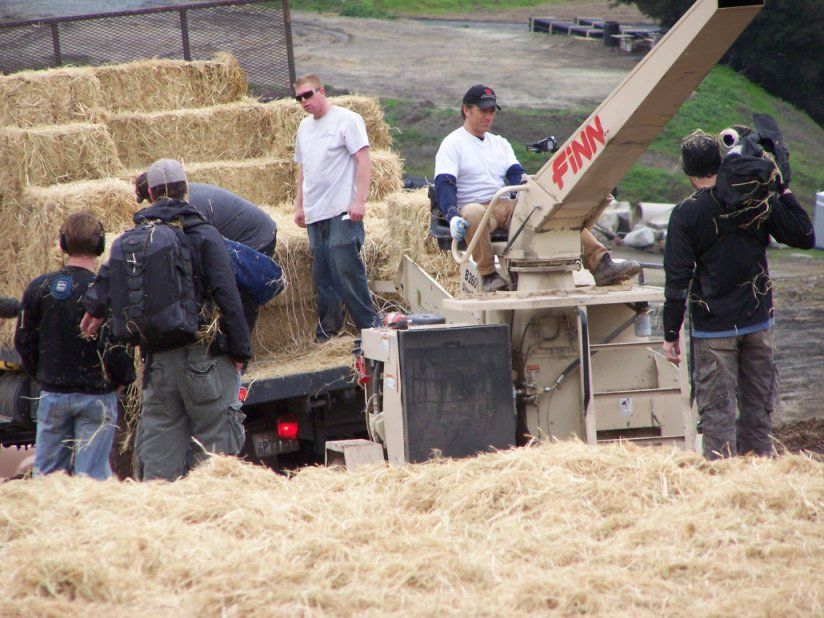 Jay Selby also works with his favorite manufacturer, Finn Corporation, to get what he wants in a machine. Selby, who owns Selby’s Soil Erosion Control Co. in Newcastle, CA-just north of Sacramento-has nine hydroseeding units and six straw blowers, mainly from Finn. “We have one of the big bale straw blowers from Finn,” explains Selby, who took over the company from his father, Jay Sr., nine years ago. “The bigger bales are predominantly seen on the West Coast, and Finn is in the East, so we phoned them up and said “Why don’t you make us your research and development people for this product?’ Now we are looking at ways to make the machine self-loading, as the bales weigh 1,000 pounds each and right now we need a forklift to load them. We want to find a way to make the machine self-loading so that we don’t have to have the strawblower and a forklift on the work site. That will mean less manpower, which will save us money.”

In addition to having input into the machine design, Selby also likes to run Finn equipment because it allows him to keep a smaller parts inventory on hand. “Many of the parts from Finn are universal from one of their machines to another,” notes Selby. “That means we can carry fewer parts and have less capital tied up in parts.”

The mixing capabilities and the productivity of the equipment are also important in Selby’s choice. “For our projects, we have to put a lot of material into the tank, and we feel that the Finn machines can handle this. They spray further than any of the other equipment we have, yet the machine isn’t bulky or oversized. It’s actually a very sleek design that mounts on a truck, and they have made the best use of the space by putting everything in the right place.”

As for maintenance, Selby says the Finn model is easy to work on and maintenance can be performed by his two on-staff mechanics. Selby employs 20 to 35 people in the business, depending on the time of year, and works on projects all over northern California. Right now the company is working on an 800-acre revegetation and erosion control job for a high-end housing project in San Ramon, CA. “This project has two major streams running through it, so from an environmental perspective, it has become a real showcase for us,” says Selby. “I find the environmental part of the business is very rewarding. Here in California, the storm drains go right into the ocean, so we feel that we are doing what we can to protect our oceans, while allowing development to continue.”